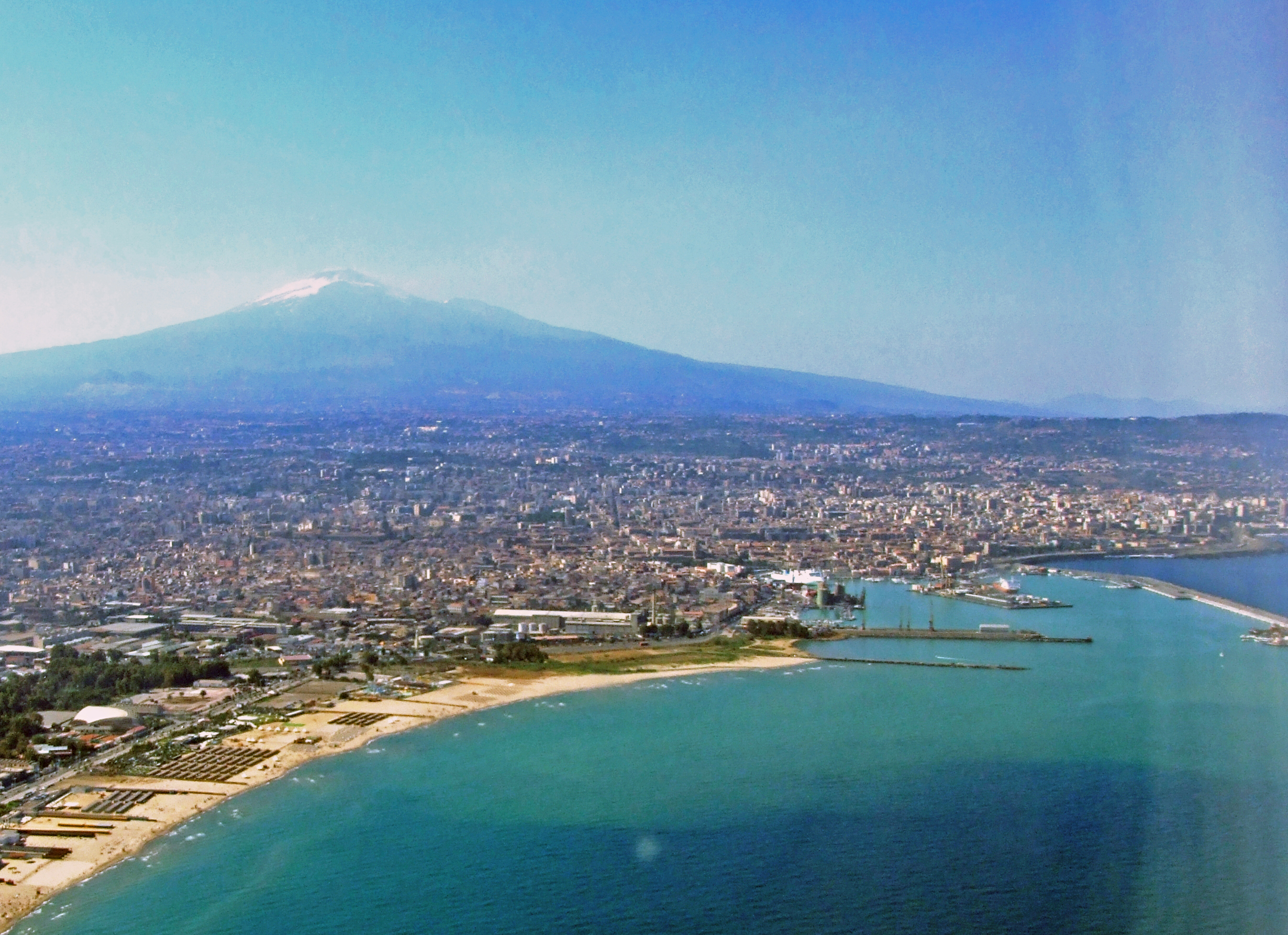 Catania is the second largest city in Sicily, after Palermo, and among the ten largest cities in Italy. Located on Sicily’s east coast, it faces the Ionian Sea. It is the capital of the 58-municipality region known as the Metropolitan City of Catania, which is the seventh-largest metropolitan city in Italy. The population of the city proper is 311,584, while the population of the Metropolitan City of Catania is 1,107,702. Catania was founded in the 8th century BC by Chalcidian Greeks. The city was almost completely destroyed by a catastrophic earthquake in 1169. However, by the 14th century, and into the Renaissance period, Catania was one of Italy's most important cultural, artistic and political centres. It was the site of Sicily’s first university, founded in 1434. It has been the native or adopted home of some of Italy's most famous artists and writers, including the composers Vincenzo Bellini and Giovanni Pacini, and the writers Giovanni Verga, Luigi Capuana, Federico De Roberto and Nino Martoglio. The city has been devastated several times by volcanic eruptions from nearby Mount Etna, the most violent of which was in 1669 and it suffered through another severely damaging earthquake in 1693. Catania today is the industrial, logistical, and commercial center of Sicily. Its airport, the Catania-Fontanarossa Airport, is the largest in Southern Italy. However, it is also noted for its history, culture, architecture, and gastronomy. The section of the city known as the “old town” features some of the most striking examples of baroque architecture in Italy, and is a UNESCO World Heritage Site.