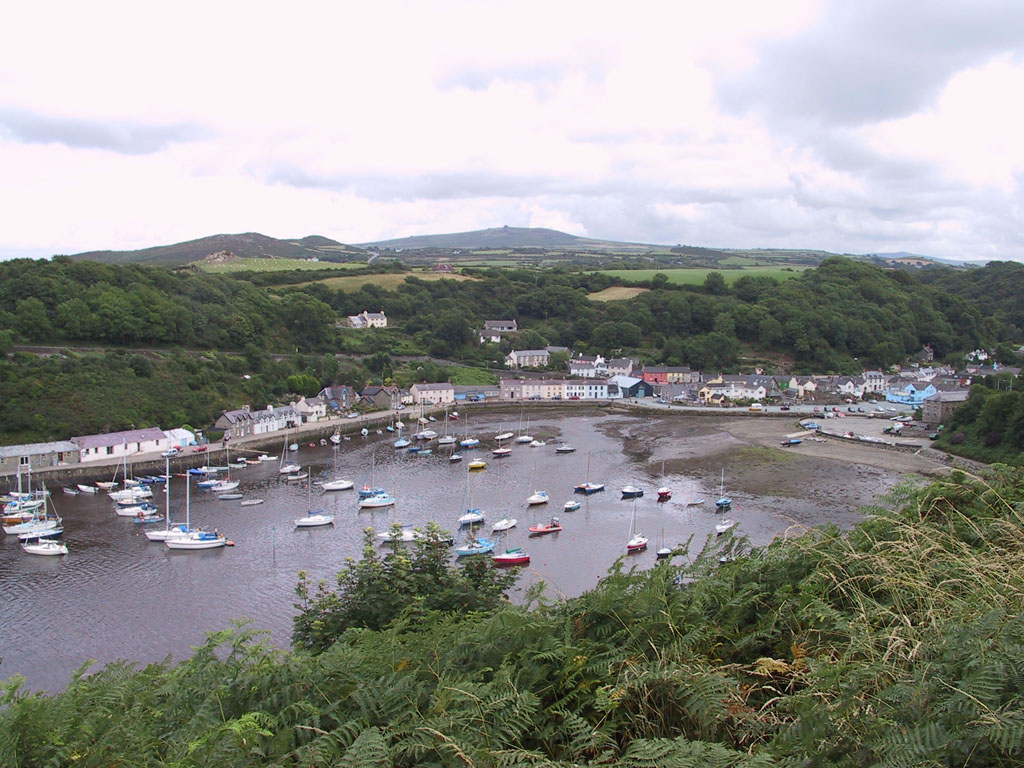 Fishguard is a coastal town in Pembrokeshire, Wales, with a population of 3,419 in 2011; the community of Fishguard and Goodwick had a population of 5,407. Modern Fishguard consists of two parts, Lower Fishguard and the "Main Town". Fishguard and Goodwick are twin towns with a joint Town Council. Lower Fishguard is believed to be the site of the original hamlet from which modern Fishguard has grown. It is in a deep valley where the River Gwaun meets the sea, hence the Welsh name for Fishguard. It is a typical fishing village with a short tidal quay. The settlement stretches along the north slope of the valley. The main town contains the parish church, the High Street and most of the modern development, and lies upon the hill to the south of Lower Fishguard, to which it is joined by a steep and winding road. The part of the town that faces Goodwick grew in the first decade of the 20th century with the development of Fishguard Harbour.