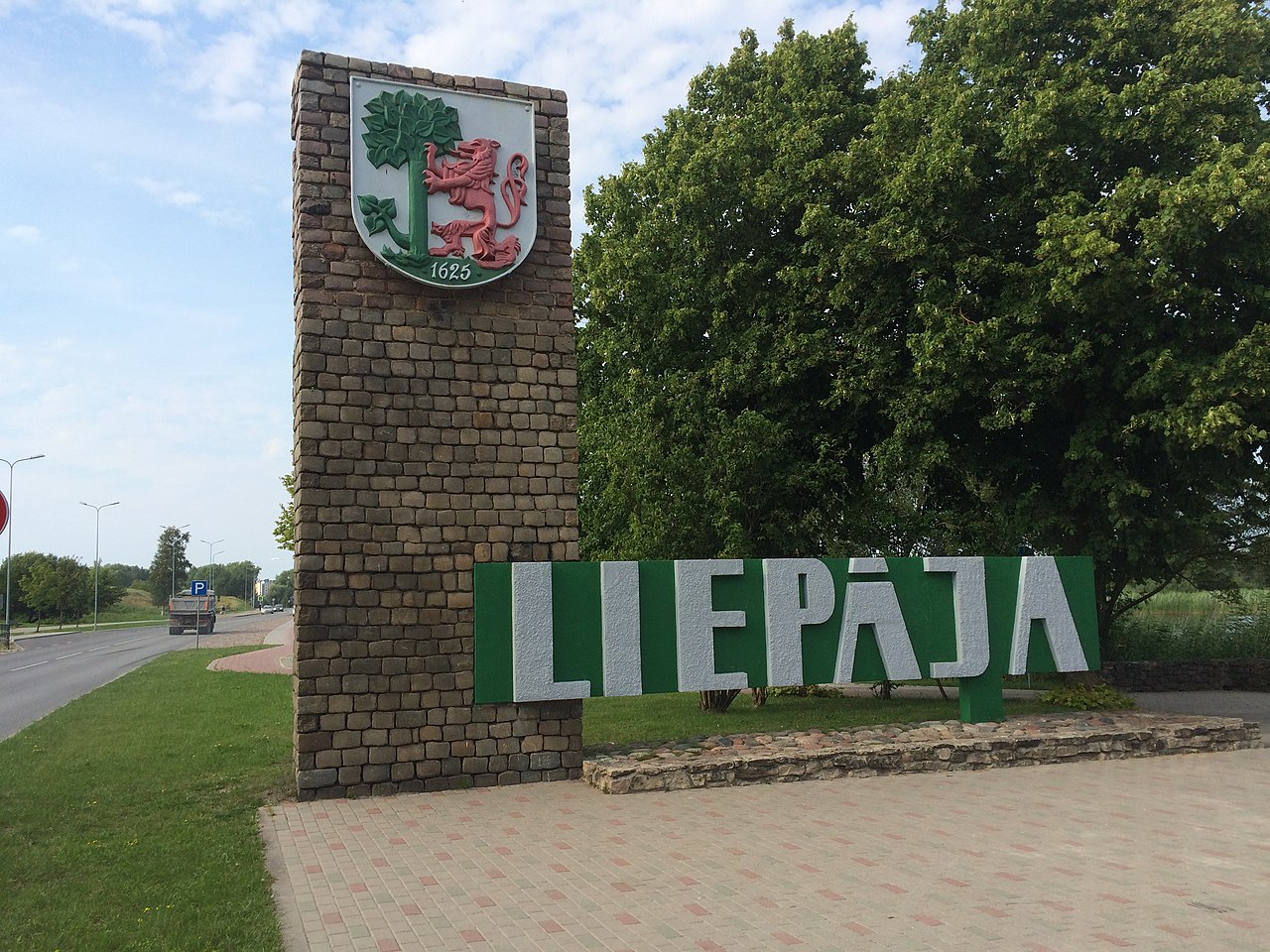 Liepāja is a city in western Latvia, located on the Baltic Sea. It is the largest city in the Kurzeme Region and the third largest city in the country after Riga and Daugavpils. It is an important ice-free port. In 2019 the population of Liepāja was 68,945 people. In the 19th and early 20th century it was a favourite place for sea-bathers, with the town boasting a fine park, many pretty gardens and a theatre. Liepāja is however known throughout Latvia as "City where the wind is born", likely because of the constant sea breeze. A song of the same name was composed by Imants Kalniņš and has become the anthem of the city. Its reputation as the windiest city in Latvia was strengthened with the construction of the largest wind farm in the nation (33 Enercon wind turbines) nearby. The coat of arms of Liepāja was adopted four days after the jurisdiction gained city rights on 18 March 1625. These are described as: "on a silver background, the lion of Courland with a divided tail, who leans upon a linden tree with its forelegs". The flag of Liepāja has the coat of arms in the center, with red in the top half and green in the bottom. One of the very few surviving films documenting the mass murder of Jews during the first stages of the Holocaust is a short film by a German soldier who witnessed the massacre of Liepāja Jews in July 1941 near the city's lighthouse.