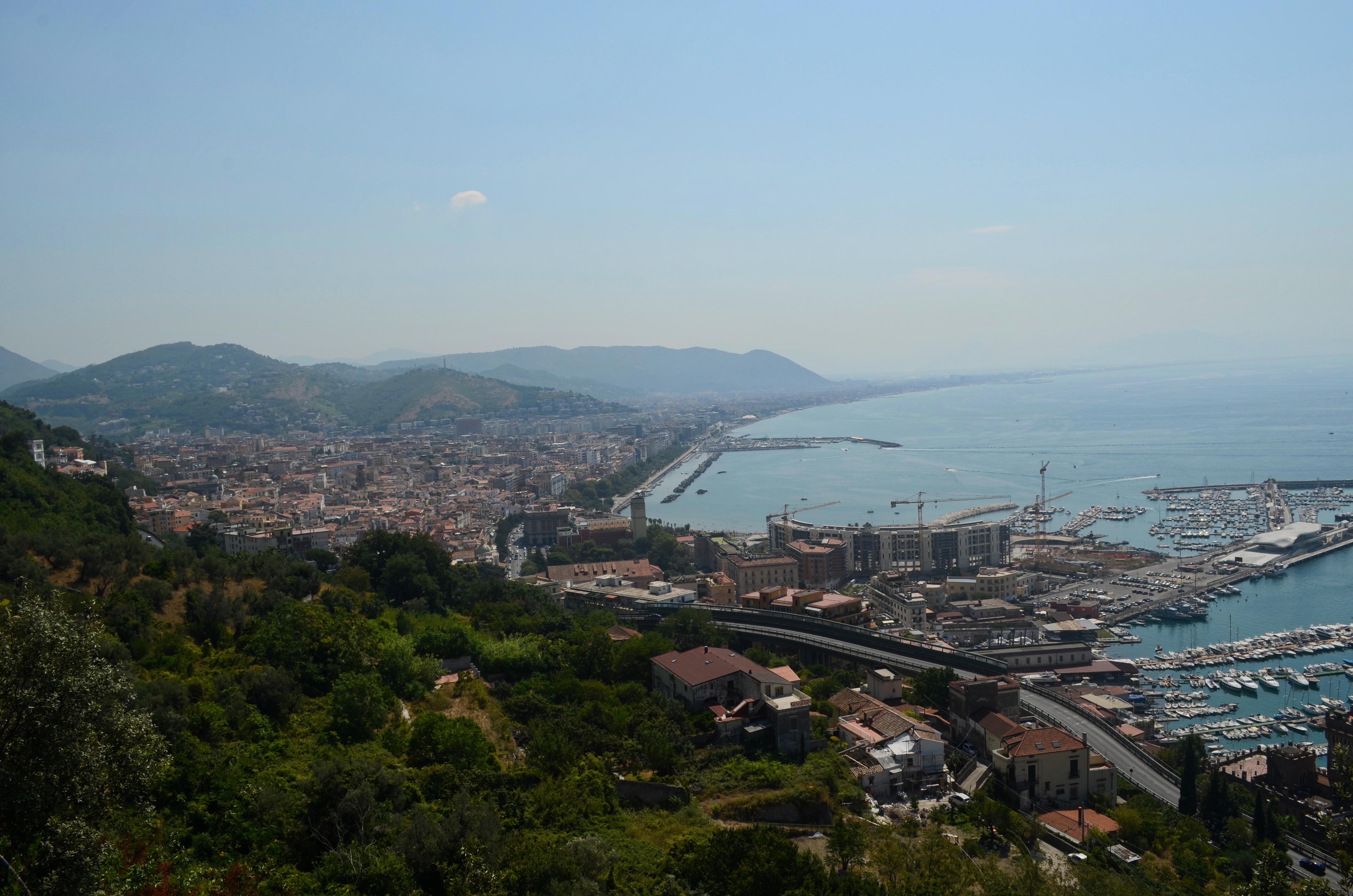 Salerno is an ancient city and comune in Campania (southwestern Italy) and is the capital of the province of the same name. It is located on the Gulf of Salerno on the Tyrrhenian Sea. The city is divided into three distinct zones: the medieval sector, the 19th century sector and the more densely populated post-war area, with its several apartment blocks. Human settlement at Salerno has a rich and vibrant past, dating back to pre-historic times. The site has been one of the most important and strategic ports on the Mediterranean sea, yielding a rich Greco-Roman heritage. It was an independent Lombard principality, Principality of Salerno, in the early Middle Ages. During this time, the Schola Medica Salernitana, the first medical school in the world, was founded. In the 16th century, under the Sanseverino family, among the most powerful feudal lords in southern Italy, the city became a great centre of learning, culture and the arts, and the family hired several of the greatest intellectuals of the time.Later, in 1694, the city was struck by several catastrophic earthquakes and plagues. After a period of Spanish rule which would last until the 18th century, Salerno became part of the Parthenopean Republic. In recent history the city hosted Victor Emmanuel III, the King of Italy, who moved from Rome in 1943 after Italy negotiated a peace with the Allies in World War II, making Salerno the home of the "government of the South" (Regno del Sud) and therefore provisional government seat for six months. Some of the Allied landings during Operation Avalanche (the invasion of Italy) occurred near Salerno. Today Salerno is an important cultural centre in Campania and Italy. A patron saint of Salerno is Saint Matthew, the Apostle, whose relics are kept here at the crypt of Salerno Cathedral.