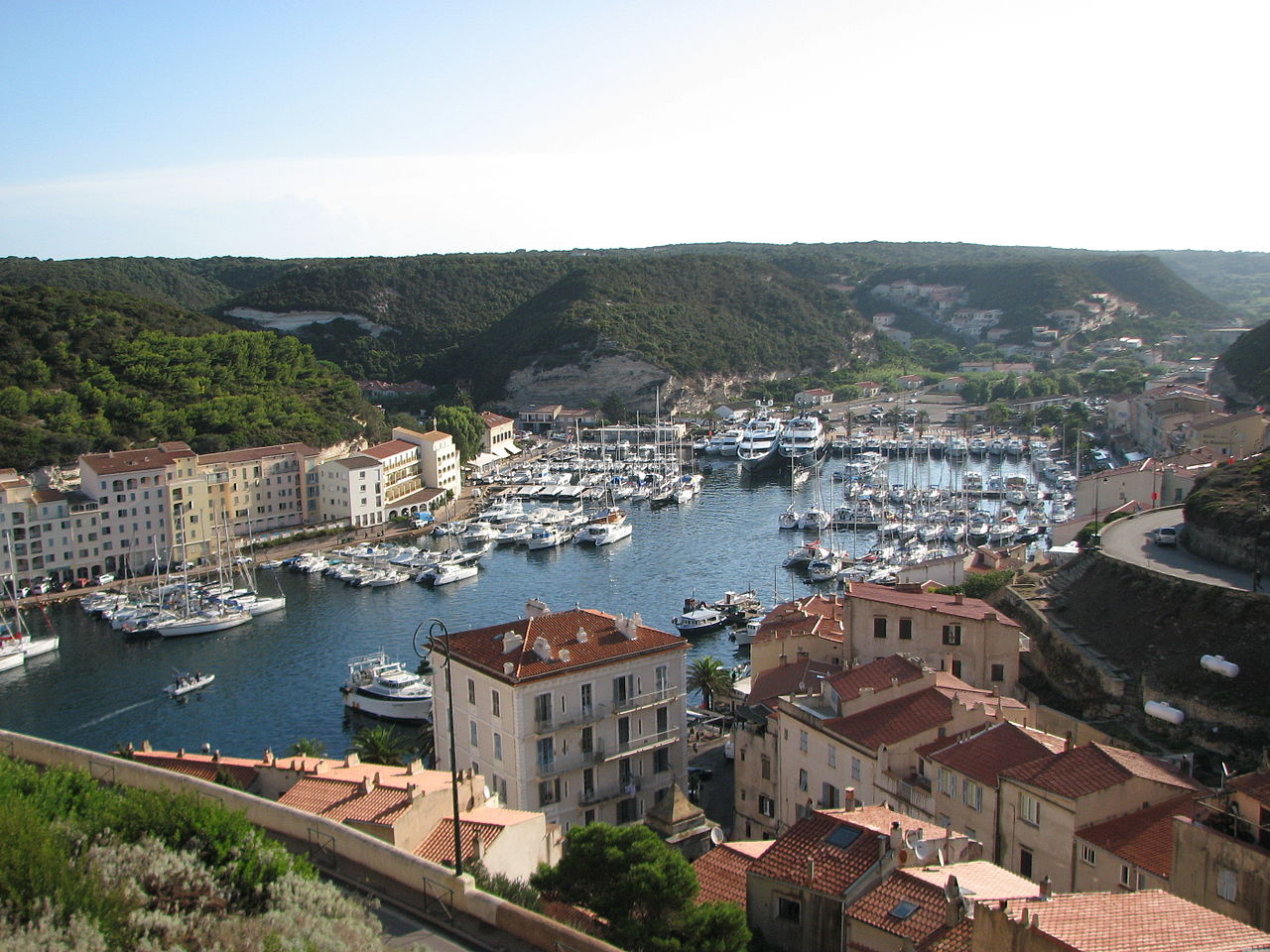 Bonifacio is located directly on the Mediterranean Sea, separated from Sardinia by the Strait of Bonifacio. It is a city placed on the best and only major harbour of the southern coast and also is a commune covering a somewhat larger region including the offshore Isles Lavezzi, giving it the distinction of being the southernmost commune in Metropolitan France. The commune is bordered on the northwest by the canton of Figari and has a short border on the northeast with the canton of Porto-Vecchio. The combined border runs approximately from the Golfe de Ventilegne on the west to the mouth of the Golfu di Sant'Amanza on the east. The coastline circumscribed by the two points is about 75 kilometres (47 mi).