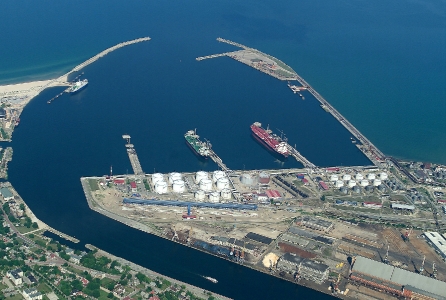 Ventspils is a city in northwestern Latvia in the historical Courland region of Latvia, and is the sixth largest city in the country. At the beginning of 2019, Ventspils had a population of 34,377. It is situated on the Venta River and the Baltic Sea, and has an ice-free port. The city's name literally means "castle on the Venta", referring to the Livonian Order's castle built alongside the Venta River. Ventspils holds the national record for the highest temperature ever recorded in Latvia with 37.8 °C (100.0 °F) on 4 August 2014